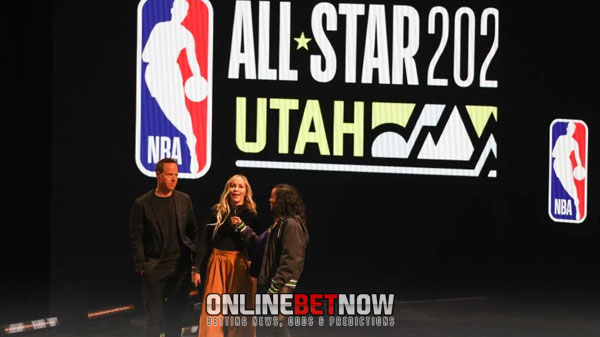 Last October 23, 2019, the NBA Commissioner Adam Silver announced that the 2023 All-Star game will be hosted by the Utah Jazz at Vivint Smart Home Arena in Salt Lake City. There was a controversy following that decision as Utah regarding the HB11 that bans transgender girls from participating school sports – there was talk circulating that NBA could remove the hosting from Utah.  Follow us for upcoming NBA fixtures for the 2022-2023 season.

Adam Silver announced that the removal of hosting to Salt Lake City will not happen. He emphasizes that “There was no discussion over the past two days about moving the NBA All-Star Game from Salt Lake City, and we do not anticipate moving the game.”

So, it is very clear that there will be no removal of hosting rights to Utah Jazz as Adam Silver believes that this kind of law and environment has become more common and doesn’t want the NBA to be in the position due to a law that 11 states already had, and Utah just joined them last month.  Way back last All-Star 2017, where New Orleans hosted the said game which originally hosted by Charlotte but pulled out due to the establishment of HB2, the very similar law that limited Anti-discrimination protections for lesbian, gay, and transgender people. Before the All-Star game back to Charlotte in 2019.

“In the case of HB2 in North Carolina, I think it was our collective view, working with the Hornets, that we could have an impact on that legislation,” Silver said. “I think in the case of what’s happening in Utah right now, that bill is established,” Silver added.

Although there was already an Anti-Transgender Law in Utah it will not hinder the NBA’s vision to bring an inclusive environment for the All-star game rather than take their position that they have – an ability to change the mind of the voters of Utah.

Silver insists that continuing the game in Utah will be seen as an act of influence to move the people in Utah instead of moving the All-Star game which creates division and will not leave an impact to people who have strong feelings towards the bill.

“I think you have to look at the dynamic of every situation … by us coming to Utah and demonstrating what our values are in terms of diversity, respect, inclusion, I think we can have the greatest impact, particularly in this case in Utah — independent of North Carolina — when you have a law that deals directly with sports and youth sports, and I think certainly we haven’t made a secret. We want to create an inclusive environment for children to participate in sports,” he said, cited from Deseret News.

The 2023 All-Star game in Salt lake City, Utah will be a monumental as the team NBA, an organization that is known for its political affiliation, movements, rally, and advocacies will try to bring the inclusive and freedom of expression culture of sports to a state that are very conservative and will create an impact for the environment to make the sports an inclusive for all, regardless of gender background.