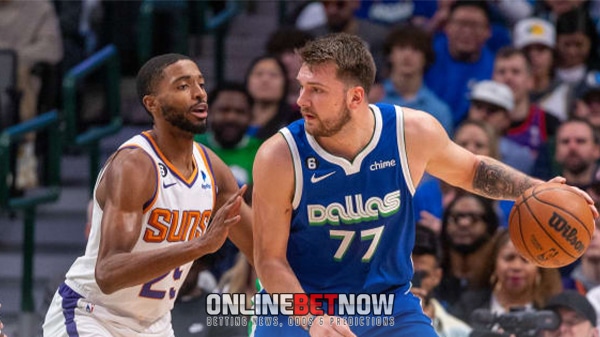 The Luka Magic continues to haunt the Phoenix Suns with another impressive output from the Slovenia’s phenom scoring 33 points, eight assists, and six rebounds  to help Dallas end the 10-game regular season losing streak against Phoenix with the final score 130-111. For NBA livescore basketball, click here!

The last time the Mavs and Suns met was on Opening Night as the Phoenix Suns made an impressive comeback from being down by 22 points. Sadly, Phoenix Suns failed to replicate those comebacks and ended with the team ending their 10 game (regular season)  winning streak against Dallas. The Mavericks poured a hot-shooting to drilled 20 3-pointers on 48.8% shooting.

Cameron Payne registered a double-double performance in a losing effort for Suns with 14 points and 10 assists, while Deandre Ayton scored a solid 20 points and 8 rebounds.

Mikal Bridges, Damion Lee, and Landry Shamet all provided 13 points contribution while Josh Okogie added 12 and Devin Booker on a bad shooting night finished with just 11 points on 4-of-13 shooting for the Suns.

This is Dallas’ second straight blowout after dominating the New York Knicks. Despite Luka putting up another valiant performance of 33 points, it was Josh Green’s 16 points, five assists, and four rebounds that had everyone buzzing around the internet.

“I think it’s an opportunity,” Green said. “Confidence comes with opportunity. I’ve been preparing for today since pre-draft. Moments like this are really cool, but I know I’m going to want to continue to build from this.”

It was a fantastic follow-up to their rampage of the Knicks. They improved to 12-11 after beating the current best record holder in the Western Conference, Phoenix Suns who fell to 16-8.