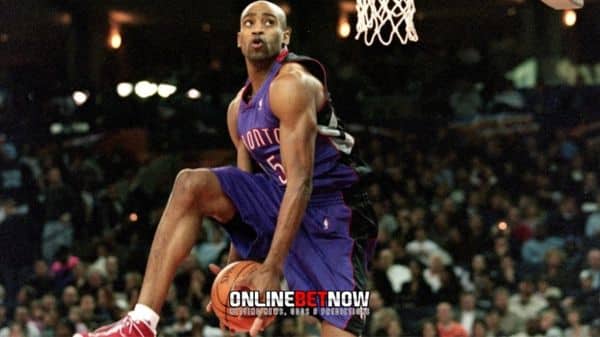 Also known as “Air Canada” or “Half-Man, Half-Amazing” left an outstanding path that opened the young generation who was inspired by his legendary and illustrious career. He made the All-Star team eight times, and won the infamous Slam Dunk Contest in 2000. Here we will revisit the NBA story and his insane 2000 Slam Dunk Contest.

THE NBA Journey of Vinsanity

Some may argue that the career of Vince Carter was somehow a bit underwhelming and nothing special with the main argument; it was just highlighted by his insane package of dunks and his longevity. However, the North Carolina Alum leaves a career we will never forget, he is No. 5 pick for nothing. He holds the record for most three-point field goals made in one half, which is eight against the 76ers in the Eastern Conference semis back in 2001. He also holds the most points scored in a season for the now  defunct New Jersey Nets franchise records with 2,070 points and most consecutive 20-point performances (23).

He is the only player in NBA history to play as many as 22 seasons and in four different decades, from his debut in 1999 to his retirement in 2020. He was the scoring leader on the 2000 United States Men’s Olympic Basketball Team where the USA defeated France to win the nation’s twelfth Men’s Basketball Olympic gold medal. He has been ranked as the greatest dunker of all time by numerous players, journalists, and by the National Basketball Association. In addition to his dunking prowess, he was a prolific three-point shooter, making the sixth most three-point field goals in league history

Carter’s first dunk to his immortality in the Garden during 2000’s All-Star Weekend was wearing his No.15 purple Toronto Raptors jersey — he did a reverse 360, one-handed windmill that shocked the whole arena and the judges including TNT’s Kenny Smith with an iconic scream “Let’s go home.” The first dunk gets the score of perfect 50.

The second dunk was another one-handed windmill but this time it started behind the backboard. His vertical reached to 35 inches and was awarded a score of 49. Kenny Smith was the only judge who gave a score of 9.

His third dunk is the most mesmerizing and unforgettable in dunk contest history. Toronto Raptors teammate Tracy McGrady and Carter’s cousin bounced the ball into the path of Vince Carter and he grabbed it, went between the legs, and threw a one-handed impactful dunk.

He continued his dominance in his fourth and final dunk where we saw Vinceanity get up so high that he stuck his entire forearm into the  rim and hung on it by his elbow that gave him a perfect score and wowed the audience. It was the most iconic performance in dunk contest history, with Carter’s first, third, and fourth dunks considered the best of best dunks ever made in the event. 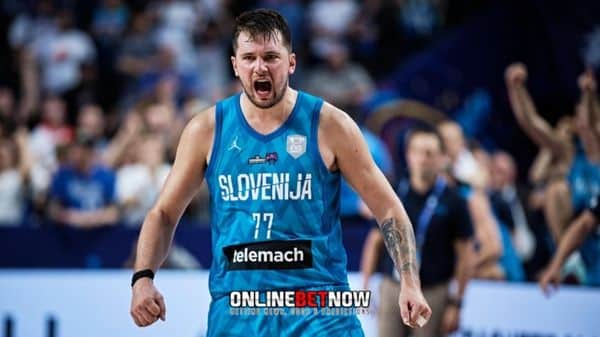