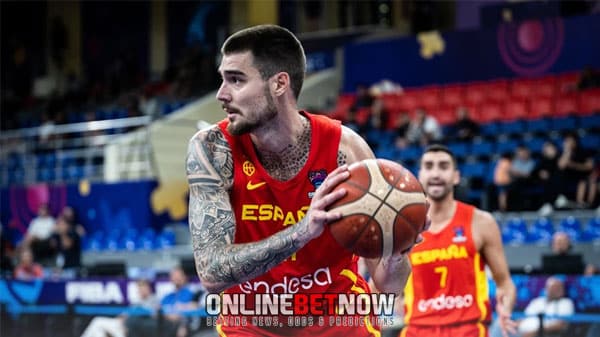 After one week of unpredictable games in the preliminary round of Eurobasket, the last 16 matchups are fixed. Catch for more men’s basketball here!

Eurobasket 2022 is the most anticipated tournament, not only in Europe, but around the world. NBA fans are also watching and discussing every games that includes notable NBA stars in Luka Doncic, Nikola Jokic, Giannis Antetokounmpo, Hernangomez brothers, Alperen Sengun, and many more. After the series of exciting games, upsets, and dominant performance in the preliminary rounds, the last 16 of Eurobasket are all set. You can also check our analysis, fixtures, predictions, and livescore basketball here!

The most exciting game in the Last 16 is the clash between Spain and Lithuania. Way back to the Eurobasket 2015 finals when they last met and fate favored the Spanish squad with the score of 80-63 led by Pau Gasol scoring 25 points and 12 rebounds with a supporting cast of Sergio Llull, Rudy Fernandez, and Nikola Mirotic.

Spain and Lithuania will once again have a basketball picnic, but this time not in the finals, rather they will meet at the early knockout stage. Although Spain has done a pretty impressive output in the preliminary, where they only lost to Belgium, this knockout game will be their real test on how far they will go in the tournament. The Spanish squad has no real NBA superstar to rely on, other than Willy and Juancho Hernangomez, the veteran Rudy Fernandez, and their young gun in Usman Garuba.

The team is playing a trademark of Spanish basketball – ball movement, collective offense, more relying on mid range and inside attacks. On the other hand, the Lietuva squad had a series of early misfortunes in their group stage as they suffered bitter losses against top teams in Slovenia, France, and Germany but had a redemption game against Hungary and the do or die victory against the impressive squad in Bosnia and Herzegovina.

Despite Spain being the reigning FIBA World Cup Champion, they failed to achieve podium finish in the 2021 Olympic. Now they face several struggles, like inconsistency of their reliable players to perform well when it matters the most. The defeat over Belgium (83-73), has become the strong evidence to Spain’s inconsistency. They missed the actions of some of their key players in Ricky Rubio due to ACL and Gasol brothers both retired from the national team. Having the newly formed roster with no real leader to step up or standing up for them – the favor will sides on the Lithuanian squad.

The duo of Jonas Valanciunas and Domantas Sabonis will create vulnerability to the Spanish squad in inside presence. Added to the pressure that there will be many passionate Lithuanian fans on the court. Given the competition is pretty tough with Lithuania on the group of death as a fourth seeded team. The advantage of experiencing difficult preliminary round and it will give the Lietuvas an edge over the Spanish squad.

Many says Spain will fall to Lithuania

Various basketball analysts favored Lithuania over Spain. The reason is Spain have an easy preliminary round while Lithuania had to endure the magic of Luka for Slovenia. The balance and chemistry of German squad. The stacked team France led by Gobert and Fournier. They won crucial games to book the ticket to this last 16 match over Bosnia & Herzegovina. Spain simply did not look capable of beating and troubling anyone, even against the contenders.