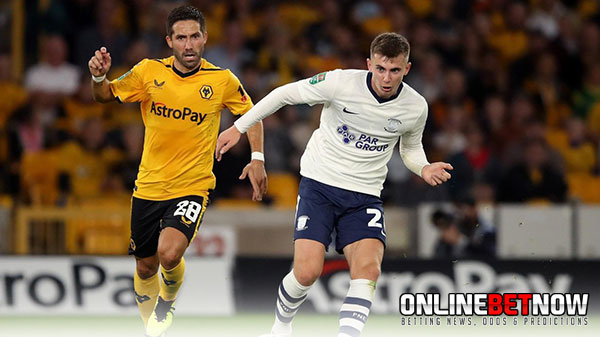 Wolverhampton Wanderers register their first win of the new season as they defeat Championship side Preston in the second round of the EFL Cup. Raul Jimenez needed only 8 minutes to return to his goal-scoring form, with Adama Traore adding another to help Bruno Lage’s side advance in the next round of the competition. Catch live football match updates and football today news here!

“I was so happy with Raul, the way he has been this season and in pre-season. We have missed him in the first three games,” Lage said. “It was a good performance. When you come to these games, in the cup, they come with extra motivation and in the last five games, Preston have not conceded. To continue in the competition was the most important thing.”

After losing the opening three Premier League games, manager Lage fielded a strong starting lineup, with Matheus Nunes making his first appearance at Molineux Stadium. In the first half, the hosts dominated play with a strong defensive performance and an attack that looked intimidating. Jimenez netted his first goal for Wolves since January this year from close range to give his side the lead.

After a lackluster period, Adama Traore scored a spectacular goal in the 29th minute, with a volley from 20 yards that flew into the top corner. Hwang Hee-Chan had an excellent opportunity to score a third goal in the first half, but his penalty was easily saved by Preston keeper David Cornell. Preston took advantage of some lax defending within three minutes to score the consolation through Ben Woodburn.

“I’m very proud. The second half we were well worthy of the goal. We changed it in the second half,” Preston boss Ryan Lowe said. “I’m really pleased with the way they took on instructions and had the belief to compete with them. They had over £150million of talent on the pitch. We had big chances, we took one, and we need to keep working and doing the right things.”

Lage’s men, who have only found the net once in the league this season, host Newcastle on Sunday looking for their first win since beating Aston Villa 2-1 back in April. They kicked-off their new campaign losing 2 and drawing 1 of the three opening games, with a 2-1 defeat against Leeds at home before sharing spoils against Fulham 0-0 and losing the most recent game against Tottenham 1-0.