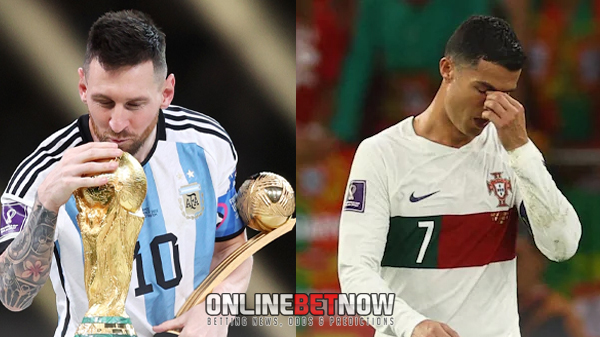 The year 2022 has given a lot of surprises and disappointments. From coaches being sacked to the World Cup 2022 upsets, it was a long year indeed! To wrap them all up, here are the biggest wins and major upsets in football in the year 2022.

Real Madrid beat Liverpool 0-1 to win the European Cup for the record-extending 14th time – their eighth in the Champions League era. Brazilian winger Vinícius Júnior scored the only goal of the final, while Madrid keeper Thibaut Courtois was named as Man of the Match after making a record of nine saves, including effort from Liverpool forwards Sadio Mane and Mohamed Salah. Meanwhile,  Eintracht Frankfurt clinched first Europa League title in 42 years after beating Rangers in the final.

England were crowned the champions of Europe after winning their first major women’s tournament in a dramatic Euro 2022 final against eight-time champions Germany at Wembley Stadium. Substitute Chloe Kelly netted her first international goal that also sealed the win for the Lionesses. The game ended 1-1 after 90 minutes with Lina before Kelly fired the winning goal in the extra time. England’s quarter-final victory against Spain also became the most watched in history.

Real Madrid and France forward Karim Benzema has won the Ballon d’Or as the best footballer of the year for the first time in his career. The 34-year-old Benzema, who is the oldest to receive the award since Stanley Matthews in 1956 and the first French winner since Zinedine Zidane in 1998, scored 44 goals in 46 games. Just recently, Benzema announced his retirement from international football after France failed to clinch back-to-back World Cup titles. Don’t miss soccer matches today here!

Lionel Messi netted twice and converted a penalty to help Argentina lift their first title since 1986, beating France 4-2 on penalties in the final of the 2022 World Cup in Qatar. The South American giants started the competition with a record upset in the tournament history before being unstoppable until the final round. It was Argentina’s third World Cup and first since 1986.

As part of the sanctions over invasion of Ukraine, FIFA and UEFA banned Russia from the 2022 men’s World Cup and UEFA competitions. The UEFA has earlier stripped Russia’s hosting rights for the Champions League final. Earlier, UEFA barred Russia’s  bid to host the men’s Euro in both 2028 and 2032. Russia was also barred from the Nations League, while the Russian clubs were banned from the Champions League and Europa League.

European champions Italy will miss the 2022 World Cup after being stunned by North Macedonia in their play-off in Palermo. It’s a huge blow for the Azzurri as they have failed to qualify for a second consecutive World Cup apart from failing to reach a World Cup knockout match since winning the tournament in 2006. Aleksander Trajkovski’s late goal was North Macedonia’s key to knock out the four-time World Cup champions from the 2022 edition of the tournament.

For the first time in his career, Cristiano Ronaldo ended his first season trophyless last season that prompted him to leave Manchester United. In an exclusive interview, football superstar Ronaldo slams United over attempts to force him out of the club, saying that he felt “betrayed” and revealing that he has “no respect” for head coach Erik ten Hag.  The English side responded shortly by confirming that he agreed to terminate his contract. Ronaldo’s Portugal also failed in the World Cup.