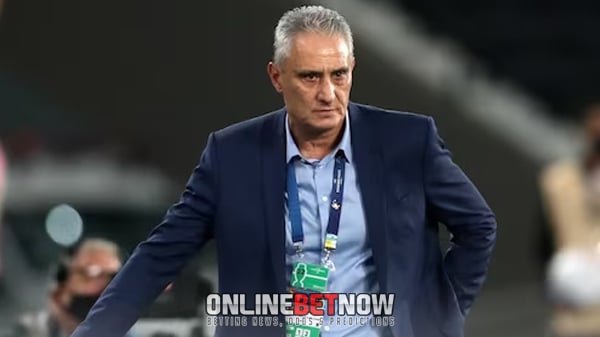 Brazil head coach Tite confirms his departure in the team after their shock World Cup quarter-final exit. The Selecao lost 4-2 to Croatia in a penalty shoot-out following 1-1 draw after 120 minutes at the Education City Stadium. Tite replaced Dunga in 2016 and won 61 of his 81 games in charge of Brazil. Read more to get free football prediction today.

“Painful defeat, but I’m at peace with myself. End of a cycle,” the 61-year-old coach said. “I had already decided it over a year and a half ago, I’m not a guy who goes back on his words. I wasn’t planning to win and then make a drama to stay, anyone who knows me knows.” Tite took over as Brazil coach in 2016, leading the team to Copa America win in 2019 and two consecutive World Cup quarterfinal exit. Get soccer matches today results and updates here!

Asked about his time in charge with the team, Tite admits that he is “not in a position” to assess his work as the national team’s coach for six years. “Time will answer that. I am not in a position now to evaluate all the work we have done, but as time goes by you will be able to make that assessment,” said Tite, whose contract is set to expire in February next year.

In the thrilling quarter-finals, both sides ended 90-minutes without a goal. Neymar opened the scoring for Brazil 15 minutes into the extra time, equaling Pele’s record as Brazil’s all-time top scorer. The drama continued as Bruno Petrovik scored Croatia’s equalizer that forced a penalty shootout. Croatia’s goalkeeper Dominik Livaković was the hero of the match, making crucial saves that sent his side to the semis.

The five-time champions failed to reach the semifinals since winning in the 2022 edition and were eliminated twice in quarterfinals under Tite. They head to this edition of the tournament as favorites to win. Meanwhile, the 2018 runners-up Croatia is looking to seal their second successive World Cup final and win their maiden World Cup title as they face Argentina, who beat Netherlands also in a shootout, next.

Elsewhere,  Morocco down Cristiano Ronaldo’s Portugal 1-0 to become the first African team to reach a World Cup semifinal. Youssef En-Nesyri scored the only goal of the game, enough to keep the continent’s hopes for the first-ever World Cup alive. En-Nesyri scored a few minutes before the half-time. Portugal skipper Bruno Fernandes had a chance to level minutes later but failed to pass the net.

Morocco will face holders France, who ended England’s berth 2-1, in the semi-finals. Aurélien Tchouaméni gave France a first-half lead before England captain Harry Kane converted from the penalty spot to equalize the scores. In the dying minutes of the regular time, Olivier Giroud broke the tie through a brilliant header, with Kane tried to make another equalizer but France held on to win the match.