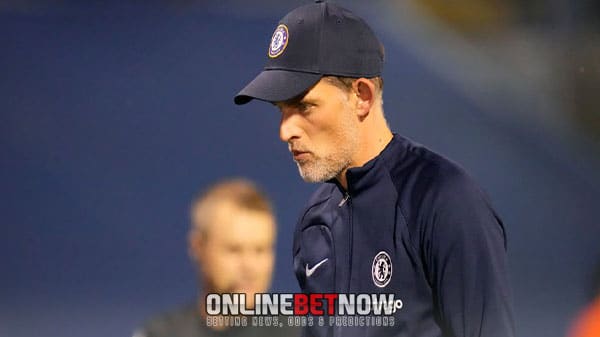 In the latest soccer today, Chelsea have sacked head coach Thomas Tuchel following the team’s loss to Dinamo Zagreb 1-0 in the Champions League opener, their third consecutive away loss and the first under the German coach. Tuchel left the team after just six matches into the Premier League season. They are now sixth in the league table after winning three of their opening six matches.

“Chelsea Football Club has today parted company with Head Coach Thomas Tuchel,” the club said in a statement. “As the new ownership group reaches 100 days since taking over the Club, and as it continues its hard work to take the club forward, the new owners believe it is the right time to make this transition.“ Don’t miss the betnumbers today and more soccer tipster and odds here!

The German coach helped the Blues win the Champions League just a few months after joining them in January 2021. Last season, Chelsea finished third in the English top-flight despite keeping the top spot for quite some time. They also lost to Liverpool on penalty kicks in the finals of both the FA Cup and League Cup and fell to eventual winners Real Madrid in a Champions League quarterfinal.

Earlier this year, a consortium led by L.A. Dodgers co-owner Todd Boehly bought the club from Russian owner Roman Abramovich for more than $5 billion in the wake of Russian invasion of Ukraine. According to reports, Boehly and Tuchel’s relationship became strained when they disagreed on transfer policy, and further concerns over the team’s poor start to the season prompted ownership to act.

Despite spending more money in the summer transfer window than any other club, Tuchel’s Chelsea suffered a poor start to the season, particularly the 3-0 defeat to Leeds United in August. Tuchel also failed on bringing the best out of their record-signing and now on-loan Romelu Lukaku, as well Timo Werner, who also left the club to make a return in his Bundesliga side RB Leipzig.

Tuchel is only the second top-flight coach that has been sacked this new season. Earlier, Bournemouth has announced that Scott Parker will no longer be the head coach of the team just four games into the new season . This move came after three consecutive defeats, including the 9-0 thrashing of Liverpool. Parker was dismissed after just 26 days in the job, the shortest managerial reign in the league.

Meanwhile, Brighton boss Graham Potter has been confirmed as the new coach. “I am incredibly proud and excited to represent Chelsea FC, this fantastic football club,” said Potter. “I am very excited to partner with Chelsea’s new ownership group and look forward to meeting and working with the exciting group of players and to develop a team and culture that our amazing fans can be proud of.”

The 47-year-old Potter has agreed to a five-year contract at Stamford Bridge. Brighton’s ninth place finish under Potter is a club’s record in the top flight, having finished 15th and 16th before that. He will have his debut for the club in an away match against local rivals Fulham. Brighton, on the other hand, confirmed under-21 coach Andrew Crofts as Potter’s temporary replacement.