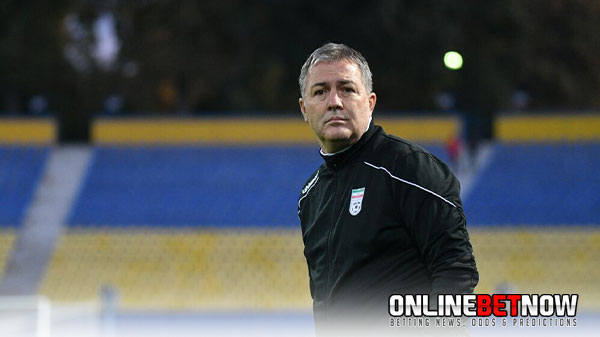 The Football Federation Islamic Republic of Iran (FFIRI) has announced that Dragan Skocic has been reinstated as head coach of the national team less than a week after being sacked. Earlier this month, Skocic was dismissed as Iran head coach four months before the World Cup. Skocic is now back on track to lead Iran as they face the U.S. England and Wales in the finals. More Champions League fixtures and live football match updates here!

“I thank the trust of the Football Federation’s Board of Directors. I spent hours and hours to get Iran national football team to the World Cup,” Skocic said. “Now I want us to prepare for the competitions with unity, solidarity and motivation. The September camp is very important for us, so I ask all Iranians, and those who care about Iran’s sports and football, to support the national team.”

Ehsan Osouli, the spokesman of the FFIRI, confirmed the announcement. “The outcome of the meeting is that Dragan Skocic is the head coach of Iran’s national team and will continue his job. He has a contract until the end of the 2023 Asian Cup,” he said. The 53-year-old guided Iran to their sixth World Cup after winning 15 of his 18 games in charge. Catch soccer predictions today here!

Following his dismissal last week, Iran reportedly tapped Ole Gunnar Solskjaer but the former Manchester United coach turned down the offer. Former Iran coach Carlos Queiroz was also among the candidates to replace Skocic but the technical committee disagreed and insisted that the national team should be led by an Iranian coach in the World Cup.

Local coaches such as Ali Daei, Javad Nekounam, Amir Ghalenoi and Afshin Ghotbi had been shortlisted to lead Iran but clearly did not make the cut. “We ask that the national team players, the media, ex-players and everyone unite for the common goal to elevate the name of Iran,” Osuli added. Iran’s football federation currently does not have a president

Skocic was appointed in early February 2020, replacing Belgian Marc Wilmots, who left the team after just three matches into the second round of Asian World Cup qualifying. During qualifying, Skocic lost just one match and top Group A in the third round. Iran have been drawn in Group B and will kick off their campaign against England on November 21 before taking on Wales and the US.