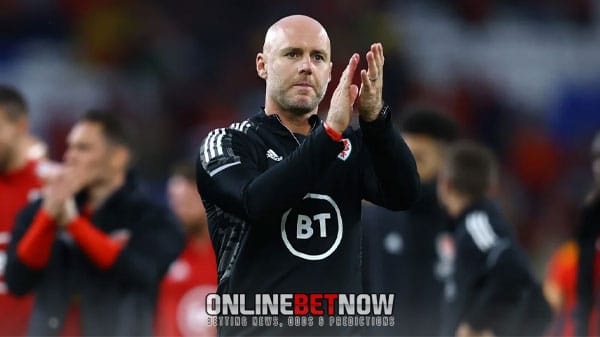 Robert Page has signed a new four-year deal with Wales ahead of the 2022 World Cup.  The 48-year-old had been an interim coach in November 2020 and was later named as permanent coach following Ryan Giggs’ resignation this year. Page’s deal will keep him with the Welsh team until the 2024 European Championship qualifiers and 2026 World Cup.

“The Football Association of Wales are delighted to confirm a new four-year contract for Cymru manager Rob Page, taking the team through the 2022 FIFA World Cup finals and the qualifying campaigns for UEFA EURO 2024 and 2026 FIFA World Cup,” Wales said in a statement. Page’s previous contract was set to expire after the World Cup in Qatar. Follow us to get updates on Euro Cup live scores and more!

Page managed Wales’ World Cup return for the first time since reaching the quarter–finals in Sweden in 1958. They will face the United States, England and Iran in Group B. Wales has also booked a spot in the top tier of the Nations League for the first time, thanks to Page’s leadership during his brief tenure as assistant coach on Giggs’ absence. He is due to announce his squad for their first game later this month.

“There is no bigger honor than coaching your National Team and I can’t wait for the challenge the next four years will bring, starting with our first FIFA World Cup in 64 years. This is an exciting time for Welsh football and I hope we can make the country proud in November and continue our success by qualifying for more major tournaments in the future,” Page said.

In 2019, needing a win to qualify for back-to-back Euros, Wales secured the win under former boss Ryan Giggs. It was the second time Wales will be in a major tournament after they reached the semifinals in 2016 in their first major tournament in 58 years. The then Giggs’ assistant Page took over the team and led them to the finals before being eliminated in the second round by Denmark.

Page led Wales to their World Cup return, standing behind Belgium in the group games before handing war-torn nation Ukraine a 1-0 defeat to complete the list of European contenders in the 2022 World Cup, ending 64-year absence at the tournament. An own goal from Ukraine winger Andriy Yarmolenk while attempting to clear Gareth Bale’s first-half free kick sealed the qualification for Wales.