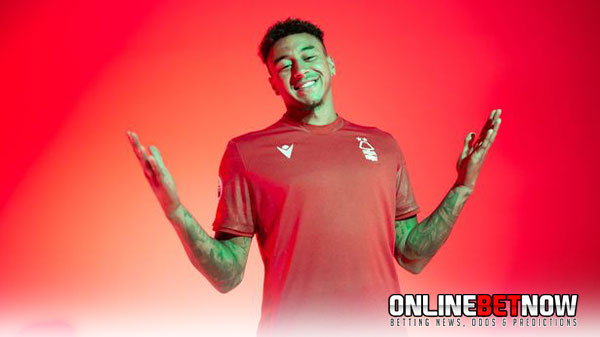 Jesse Lingard has completed his move to Premier League newbies Nottingham Forest on a record-breaking one-year deal after his Manchester United expired last month. The 29-year-old will reportedly earn close to £200,000 a week, making him the highest paid player in the club’s history. Follow us to get live football match updates and Champions League fixtures!

“Nottingham Forest are delighted to confirm the signing of Jesse Lingard,” the club said in a statement. “Everyone at Nottingham Forest is delighted to welcome Jesse to the club and we look forward to seeing him pull on the Garibaldi shirt at the World Famous City Ground.” Lingard left the Red Devils after over 20 years spell at Old Trafford. W

Last season, he only scored two goals in 22 appearances, mostly as a substitute. United did not renew his contract this summer. “We’d like to take this opportunity to thank Jesse for all of the memories he’s helped create during his two decades here and wish him the best of luck in his future career,” United said in a farewell statement to Lingard.

The Manchester United Academy graduate joins former Red Devils teammate Dean Henderson on loan at the City Ground. Lingard, who will wear the number 10 shirt, will join Steve Cooper’s side in Germany as they prepare for their pre-season friendly against Union Berlin. Lingard’s first home game for Forest will be against West Ham United.

Earlier, the England international was linked to the likes of West Ham United where he played on loan during the 2020-21 season, scoring nine goals in 16 league starts. He also held talks with Everton, Newcastle United and a number of MLS sides. The midfielder confirmed the move by posting a video of himself donning a Forest scarf, with the caption: “Ready for my new chapter. let’s gooo babyyyyyy.”