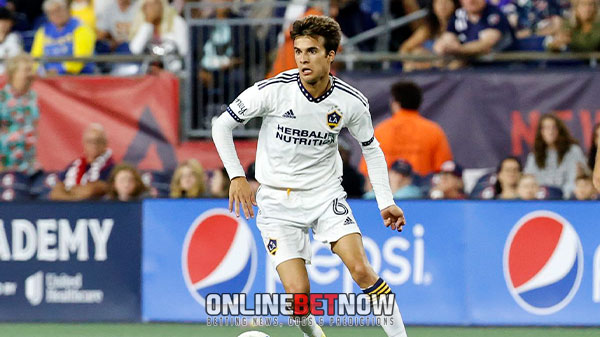 Yesterday’s MLS matches led us to great results like Philadelphia remaining to be at first spot in the Eastern Conference defeating Atlanta United 4-1. Houston Dynamo upsets LAFC, 2-1. LA Galaxy pulled a draw against Toronto, thanks to Riqui’s stunning first MLS goal in the 89th minute – giving the club the taste of a 22 year old former Barcelona standout.

Lucas Cavallini of the Vancouver Whitecaps is potentially facing a four-game suspension after receiving a red card for knocking Nashville SC midfielder Alex Muyl and then stepping on the back of the midfielder’s head and neck.

Last month, the acquisition of LA Galaxy for the service of a 22 year old – Barcelona product, Riqui Puig has become one of the huge signings in MLS – and considered as an evidence of the continuous rise of MLS in a world soccer league scene, after they acquired many European signings.

Yesterday, Riqui Puig showed some response and a threat by fielding his first MLS goal with a stunner. He picks up possession on the left side, had a cross race infield and blows the shot that sinks at the corner of the goal. Sinking this shot, saves LA Galaxy from a defeat, pulling a draw against the struggling club Toronto during the 89th minute with the scoreline of 2-2. The next game of the LA Galaxy will be at home against Sporting Kansas City. You can check any updates about mls soccer teams here!

Last Sunday, August 28, Nashville SC routed Vancouver 3-0 led by Randall Leal and Jack Maher. Nashville didn’t give any chances or space for Vancouver as they started their routing early on the first half, initiated first by Randall Leal on the 19’ followed by Jack Maher to end the first half 2-0. In the early minutes of the second half, series of packed action by both teams. Nashville scored the last goal, a final dagger at the 49’ by Jack Maher, his second goal, to send Vancouver early. In the 53rd minute, things didn’t go well for both teams, as Whitecaps striker received a red card after knocking and stepping on the head of Nashville SC midfielder Alex Muyl. After that game, Cavallinis will face four-game suspension. Meaning that he will miss all Whitecaps actions for September.

“I regret everything I did,” Cavallini told reporters. “Haven’t been sleeping since what happened. I apologize for letting my teammates down, the club, the fans. You guys have been great with me and everyone has been supportive.”

“I don’t really want to talk about the incident,” Cavallini said. “Just frustration because obviously as an athlete, a professional, you want to win games. Especially at times like this. The frustration kicks in, sometimes people get mad. It’s not an excuse to do stupid things like this. You don’t think and that’s what happened. I regret every single second of what happened.”

Vancouver is now sitting at the 9th seed with 9 wins – 7 draws – 12 losses and earning 34 points, pushing for a playoff appearance this year. While Nashville SC is sitting on a 5th with 11-9-9 record with 42 points accumulated. It is reasonable why the last matchup between these two is intense, pushing their tempo to reach playoffs. The next match of Vancouver will be on September 5 against the worst team in the Western conference, San Jose.