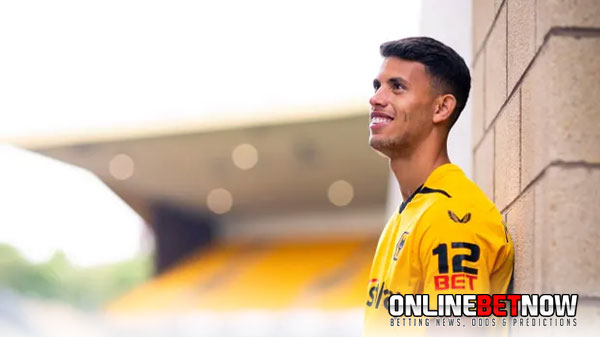 “Wolves have completed the signing of highly-rated Portugal international Matheus Nunes from Sporting CP for a club record fee,” Wolves said in a statement. The 23-year-old has spent the last three-and-a-half seasons at the Portuguese club, scoring 8 in 101 appearances since joining from  from Estoril in January 2019. Catch more odds, tips and soccer predictions today.

Nunes was named as the league’s Team of the Year last year despite Sporting’s league loss. Nunes, who was first called up to represent Brazil, has eight caps for Portugal since joining the first squad last year, scoring just 1. He is set to be part of Fernando Santos’ squad for this year’s World Cup in Qatar. “I’m very excited. For me, I could play tomorrow already,” Nunes said.

He added: “I think the club itself [convinced him] and also I spoke to some of my teammates because I play with them for the national team. The coach as well, he really wanted me, and I wanted to play in the Premier League. I think it’s the right next step for me and I’m very happy to be here.” Nunes is expected to make a debut in Bruno Lage’s visit to Tottenham Hotspur.

Wolves chairman Jeff Shi said that they were “delighted” with the arrival of another young talent. “Matheus has had two excellent seasons at the top level in Portugal with Sporting and is widely regarded as one of the most exciting prospects in world football, so we are thrilled that he has chosen the Premier League and Wolves as the next step in what we hope will be a fantastic career,” he added.

Wolves kicked-off their new campaign with a 2-1 defeat against Leeds at home before drawing the following game against Fulham 0-0. Last season, they finished 10th in the league table, with 51 points by winning 15 games, losing 17 and drawing 6.