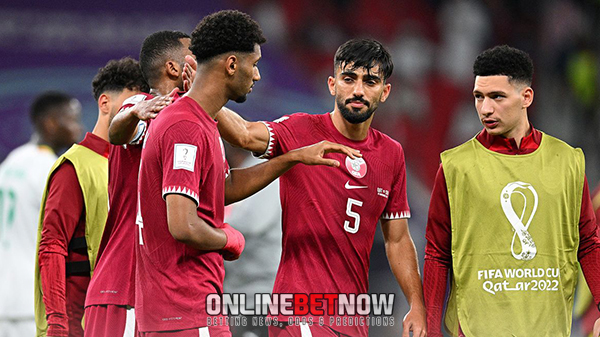 The controversial host, or more to say the worst host in the World Cup history bid their farewell after losing to the Netherlands. Follow for more live soccer news here!

After Qatar suffered a huge blow from the Netherlands and saw themselves just scoring a single goal across all group matches in this World Cup. Despite being a host and spending almost $220 billion in preparing for this prestigious football tournament and showcasing to the world the preparedness and the quality of this small Arab nation in hosting the World Cup. You can get accurate data to help on your betting here at today’s soccer predictions sites.

However, their national team did a contrary as it regressed and embarrassed at the home soil, being dominated, routed, and demolished by World class teams in their groups. Many says that this is the karma that the host nation received after allegedly buying the hosting rights, giving bribes to FIFA officials, exploiting the migrant workers that costs hundreds or even thousands of deaths, and the disturbing human rights violation records of the nation, and of course, having no football history or even a legacy in the world of football, this tiny host nation exited the world cup with not even a single points registered, which is kind of predictable in this very unpredictable sporting event.

This is the second time in the 92 years of the Football World Cup that the hosts failed to advance at the knockout stage as Qatar joined South Africa in 2010. However, South Africa did make some significance as they almost pulled an upset against Mexico with a draw, losing to Uruguay, and beating European teams like France in the group stage. While Qatar wrote on the other side of the history by not just simply being the worst host in the FIFA World Cup but also being the worst team in the 2022 World Cup with having no experience in the world stage, or winning against European and American teams, this tournament for Qatar’s team to failure rather than the beginning of a progress, added to the fact that they are the most hated country in the world as of right now due to their horrendous human rights background. Qatar’s football team will be affected by it and worse will derail the so-called “progress.”

Cody Gakpo opened the first half with a goal at the 26th minute mark to start the rampage of the Netherlands against Qatar. He also recorded his third goal in the tournament. Meanwhile Frenkie de Jong added the second and winning goal just shortly after the half-time.

As a result of topping the Group A, Louis Van Gaal’s side will then face USA in the round of 16 match. While Qatar, become the first host to derail all their three matches in the World Cup and fail to even pick a single point.

Netherlands found a star in the making so far in their Qatar 2022 campaign and it is obviously Gakpo. He scored three goals for the Dutch: the first against Senegal, second against Ecuador, and third against the host.