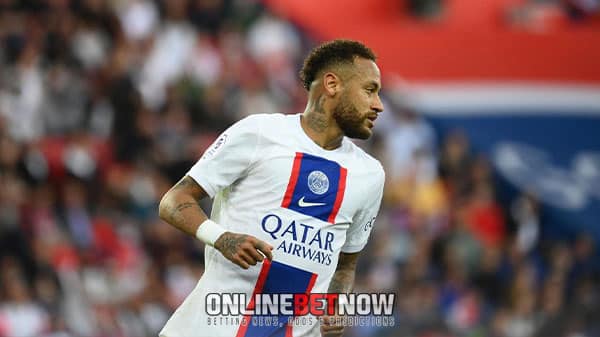 Neymar Jr notched his 10th goal of the season and helping his team back on the top with the help of heroic save by Gianluigi Donnarumma’s penalty save over Islam Slimani at the second half. You can be updated on more soccer on tv here!

Under the new mentor in Christopher Galtier, Paris Saint-Germain remained undefeated through seven games. Marseille sits at the second spot with the same record as PSG (7W – 1D).

PSG had control of the game as Lionel and Mbappe sprung chances of opportunities either side of half-time for a series of attacks and breaking through Brest’s defense.

Despite PSG’s victory, they are not quite satisfied nor happy about the victory as Brest is currently one of the worst teams in Ligue 1 and is sitting at 18th spot, under relegation group. Brest suffered their worst defeat this season against Montpellier 7-0.

According to PSG mentor Galtier, their last game in the Champions League impacted the team’s energy coming into this game against Brest. For him, they put much effort and energy in their group stage Champions league match against Juventus, and it takes a toll on their performance.

“It is always difficult to play on the back of a Champions League game. So much energy goes into these matches, physically as well as mentally,” Galtier told to reporters.

“I wouldn’t say we were trying to play within ourselves but there was maybe not the same desire to make the effort that we have seen so far this season.”

PSG’s veterans in Nunes and Marquinhos rested for the game against Brest as they both started in the game against Juventus. The reserves Juan Bernat and Danilo Pereira come in. Galtier wanted to rest his front three who played full minutes on their first matchday in Champions League, but he resisted, and he let Lionel Messi play this Ligue 1 match. “I wanted to start our strongest attack to put the game to bed early and make substitutions sooner,” he reasoned.

This seventh game of PSG in Ligue 1 showcased the team’s perseverance, resiliency, and discipline to win the game against the struggling club in Brest. The impact of the Champions League game really killed and affected the team’s performance, and it took them the whole game to secure the victory through the heroic save penalty by Donnarumma over Slimani. It is also credits to Brest for giving their best effort to almost pull an upset against the top contender of Ligue 1 this season.