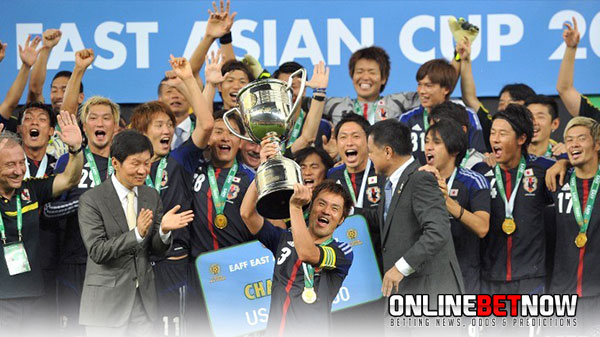 “The players really did a great job,” Japan manager Hajime Moriyasu said. “Through everyone’s resolve, they boosted the reputation of the J-League and of Japanese soccer.” South Korea, and needed only a draw to secure their fourth straight championship, entered the game with two wins and faced a Japanese side composed entirely of J-League based players.

Moriyasu’s side dominated the first half but the first goal came in the second half, with a perfect hit from Nagoya Grampus’ Soma in the 49th minute. Fifteen minutes later, Sanfrecce Hiroshima defender Sho Sasaki headed in a corner to make it 2-0 in favor of the hosts before Shonan Bellmare’s Shuto Machino scored the third nine minutes later and sealed the win for Japan.

The absence of Premier League Golden Boot winner and South Korea’s talisman Son Heung-min was felt as they had a hard time breaking Japan’s defense. Both Japan and South Korea booked their places at the FIFA World Cup finals in Qatar in November, with Japan set to face Germany, Spain and Costa Rica while the Koreans will play Uruguay, Portugal and Ghana.

Meanwhile, China sealed third place with a 1-0 win over Hong Kong earlier in the day thanks to Tan Long’s 67th-minute strike. Striker Matthew Orr almost equalized in the 91st minute, but failed to beat the opposing Han Jiaqi. This is Hong Kong’s fourth appearance in this tournament and they have not made it to the final. Earlier, Hong Kong booked a place in 2023 Asian Cup for the first time in 54 years.

“This is very important for us ahead of next year’s Asian Cup where we will compete again quality teams like we played here,” said head coach Jorn Andersen. “Now we know what the level is and how we have to get up to play against these teams. This is a good experience.” Both Hong Kong and China failed to reach the World Cup 2022 finals.