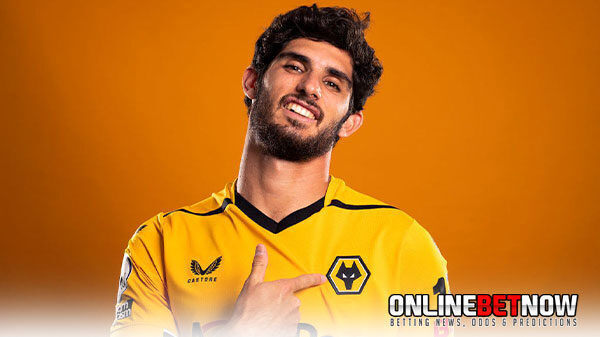 Wolverhampton Wanderers have completed the signing of Portuguese forward Goncalo Guedes after a five-year spell with Spanish club Valencia, the English club announced.

“Wolves have agreed a permanent deal for exciting Portuguese forward Goncalo Guedes to join the club on a five-year deal,” the club said in a statement. The 25-year-old helped Valencia win the Copa del Rey 2019 and scored 36 goals in 176 appearances in all competitions since joining the Spanish side in 2017. Follow us for more soccer predictions today and updates on latest Wolves transfers.

Guedes started his professional career at 17-year-old, playing with Benfica after graduating from the youth team previously coached by current Wolves manager Bruno Lage. In 2015, he became the youngest Portuguese player to net in the Champions League group stage, just days after netting his debut goal for the Portuguese side.

He won three consecutive Primeira Liga titles with Benfica before moving to PSG for a short period only. Valencia acquired him from PSG on loan, which became permanent in the summer of 2018. He remains the most expensive player in Valencia’s club history. He is the hero of Portugal’s win in the inaugural Nations League in 2019, scoring the only goal in the final against the Netherlands.

“We have been monitoring Goncalo for a long time and are very pleased to welcome him to Wolves,” club chairman Jeff Shi said. “He has natural talent and has performed very well across Europe and for his country, and we think he is well suited to the Premier League. We are always looking to improve the squad with high quality, and have been patient to make sure we got the right player.”

He added: “Goncalo worked with Bruno at Benfica and played with many members of our squad previously, so we’re confident he will settle quickly into the group here. Very few transfers are ever straightforward, and this was no exception, with a number of clubs trying to secure the player right up until the last minute. Now, we are delighted that Goncalo is a Wolves player and look forward to giving him a warm welcome at Molineux this Saturday.”

Wolves move to sign Guedes, who can play on the wing or as a striker, will help them cope with the absence of striker Raul Jimenez due to injury in a pre-season friendly. Wolves finished 10th in the 2021-22 Premier League, with 51 points by winning 15 games, losing 17 and drawing 6. They kicked-off their new campaign with a 2-1 defeat against Leeds at home.