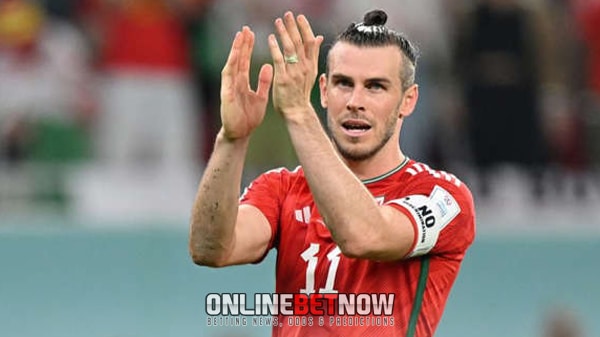 Five-time Champions League winner Gareth Bale has announced his retirement from professional football after an illustrious career that made him one of the best football players in the world. He is also Wale’s most-capped men’s player after making 111 appearances for his national team, including two UEFA Euro tournaments as well as the World Cup 2022 in Qatar.

“After careful and thoughtful consideration, I announce my immediate retirement from club and international football,” Bale wrote in a social media post. “I feel incredibly fortunate to have realized my dream of playing the sport I love. It has truly given me some of the best moments of my life.”

The 33 year-old started his career in the English Premier League for Southampton, and established himself at Tottenham when he made his move at the age of 18, scoring 42 goals in 146 appearances from 2007-13. He left England to sign a then-world record fee for La Liga champions Real Madrid where he won three La Liga titles and five Champions League titles.

He returned to Tottenham in 2020 on loan from Real, scoring 11 in 20 appearances before ending his career in Europe to make a surprise move to MLS table in 2021. In his first season with the Los Angeles FC, he scored two goals in 12 appearances, including the superb game-tying header for LAFC in extra time that helped the team win the title last year.

“My decision to retire from international football has been by far the hardest of my career,” Bale said in a separate statement. “My journey on the international stage is one that has changed not only my life but who I am. The fortune of being Welsh and being selected to play for and captain Wales has given me something incomparable to anything else I’ve experienced.”

Bale tallied 41 goals in 111 appearances for Wales, making him the all-time leading men’s scorers list, 13 ahead of legendary striker Ian Rush. These goals include the decisive penalty goal that helped the national team their first World Cup since 1958 at Qatar 2022. He was also a key player in Wales’ successful run in Euro 2016, helping them reach their first major tournament in 58 years.