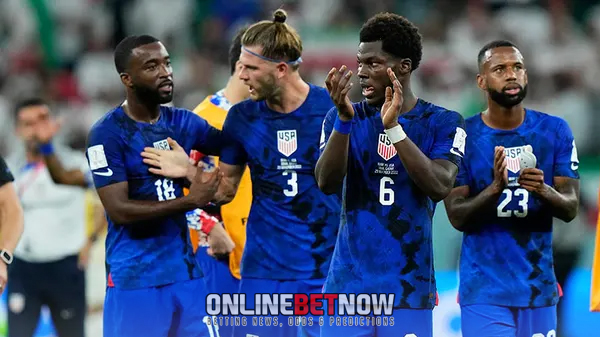 The USA is truly a fantastic team in this World Cup as they are on the road to end their drought in the knockouts. Follow for more football goals here!

USA’s impressive group stage campaign that saw them qualify in the round of 16 boosted their confidence all-time high and they are ready to make their 2022 World Cup campaign with an aspiration of leaving historic finish and a respect, other than fighting over a soccer or football debate. Despite being an underdog in their upcoming match against the Netherlands, the Stars and Stripes will be on the mission to surpass the quarterfinal finish in 2002. For free football prediction click here!

“It’s a great opportunity. But it’s not something we go into thinking it’s an honor,” USA manager Gregg Berhalter said. “We deserve to be in the position we’re in and we want to move forward. We don’t want to be at home on Sunday,” he added.

The Round of 16 clash against Netherlands

It is without a doubt that a European World-class team will be a good test on how good the USA team will be in the knockouts. A tough first group stage led us to witness the spectacular performance of this American squad against European squad, the team were able to almost defeat Wales, a dramatic draw match against England, and a tight victory against Iran. For Coach Berhalter, his team is always motivated to face one of the teams that are always favorites to win the title and it is a good indication on how far the USA will go in this World Cup.

“For us it’s about how we bounce back from this game and prepare to play against a very good Dutch team, very well coached, with a ton of quality all over the field,” Berhalter said.

USA is not only here to surpass the underdog expectation, or beating the quarterfinal finish, they are here to end 92 year knockout drought in the World Cup with an eye to the final and to the trophy. According to center-back Walker Zimmerman, the USA is here for the biggest prize. “It’s more getting through the group, because we know that’s the next step. That’s the only way to win the World Cup, to get to the knockout stages. So that’s the number one mark.”

For World Cup fans and supporters of both teams, you will expect an all-out battle between USA and the Netherlands in the round of 16, and will possibly go down as one of the World Cup classics.

“But we have a lot more than from this group, a lot more expectations from this team. The whole environment, we said it from the beginning, we’re unpacked, we’re here until December 19 in our head. And we want to make it happen. To do that, now we have to take it one game at a time. But we certainly don’t think we’re playing with house money.”

Coach Berhalter emphasizes the importance of facing UEFA teams like the Netherlands in the World Cup. For him, European teams are really strong, even those who did not qualify are World cup caliber. Banking on the experience of playing against England and Wales in this World Cup will be huge for the team facing another World Cup favorite the Netherlands.

The USA will probably struggle in a very thick atmosphere and competition in the knockout stage of the 2022 World Cup will be a huge dilemma for this youngest team in the tournament. However, the World Cup is very unpredictable and the USA probably prepared something beneath their sleeves.

“It’s a great opportunity, but it’s not something that we’re going into thinking it’s an honor,” Berhalter said. “We deserve to be in the position we’re in and we want to keep going. And we don’t want to be home on [Sunday]. So for us, it’s about how do we recover from [the Iran] game and prepare to play against a very, very good Dutch team — very, very well coached, a ton of quality all over the field. And  we have to come up with an idea of how to beat them.”