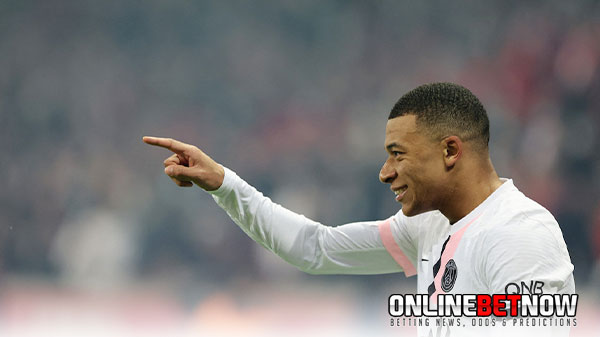 In another weekend of European football action, scores and records poured as domestic league giants showed-off to make an impact early in the season. Relive the games and catch the highlights of the most recent soccer action in Europe’s top five leagues. We have the latest Premier League fantasy football updates and soccer predictions today. Don’t miss the happenings and more here!

Harry Kane scored the only goal of the match to win against Wolverhampton 1-0. This goal is Kane’s 185th Premier League goal — his 250th in all competitions for Tottenham — that made him the most scored player for a single club, surpassing Sergio Aguero’s 184 for Manchester City. Meanwhile, Pep Guardiola’s City were held by Newcastle in a six-goal thriller at St James’ Park that ended in a draw.

Arsenal maintained their perfect standing that put them on top of the table, winning three straight games of the new season for the first time since 2004. American winger Brenden Aaronson scored his first Premier League goal to open the lead for Leeds United, with Rodrigo Moreno and Jack Harrison sealing the win against Chelsea 3-0 at home. Manchester United will be at home against Liverpool.

Robert Lewandowski scored twice to help Barcelona win 4-1 at Real Sociedad, their first victory of the new La Liga season. Ansu Fati also made an impact in his return from injury, setting up two goals and scoring one for himself. Real Madrid also produced a 4-1 win against Celta Vigo, with Karim Benzema opening the lead followed by a stunning first-half goal from Luka Modric.

Villarreal top the league table this week, with a win against Atletico Madrid 0-2, ending Unai Emery’s 12-match winless streak in the league as a coach against Diego Simeone’s Madrid. Meanwhile, Gennaro Gattuso’s Valencia, who won on his debut with the Spanish club in the opening game against Girona 1-0, endured their first defeat in the new season 1-0 at Athletic Club.

Ismael Bennacer rescued a point for AC Milan as the Serie A champions were held to a 1-1 draw away to Atalanta. Meanwhile, Khvicha Kvaratskhelia scored a brace in his second Italian top-flight game to lead Napoli to a 4-0 win over promoted Monza, who have lost back-to-back opening games with zero points. The Georgia winger earlier scored on his league debut in Napoli’s 5-2 win at Verona.

The Tuscan Derby between Fiorentina and Empoli ended in a goalless draw. Bologna also shared spoils with Verona in 1-1 draw. Inter won their first home game of the new season, with Lautaro Martínez, Hakan Calhanoglu and Joaquín Correa all scored against Spezia 3-0. AS Roma will take on newcomer Cremonese at home, while Sampdoria will host Juventus tomorrow.

Sadio Mané scored twice as Bayern Munich duplicated a huge win at Bochum, scoring 7 goals for the second time in a row. Bayern have now scored 15 goals in their three league games and currently top the league table with points. Borussia Dortmund collapsed at home as newly promoted Werder Bremen won 2-3 from behind, scoring three goals inside the last few minutes of the game.

Meanwhile, the other newcomers Schalke remain winless in their return to the top flight this season after a goalless draw against Wolfsburg. RB leipzig crashed at Union Berlin 2-1 to make it three straight league games without a win, while Bayer Leverkusen suffered its third straight defeat after 3-0 loss to Hoffenheim. Eintracht Frankfurt’s 10-game run without a win continued with a 1-1 draw against Koln.

Kylian Mbappe took only eight seconds to score one of his three goals against Lille, the fastest in Ligue 1 history. Messi (one goal, two assists), Hakimi and Neymar (two goals, three assists) also scored to hand Lille their biggest loss against PSG 7-1. The French champions top the league table with 9 points, scoring 17 goals in winning their first three games of the season.

Marseille also continued their unbeaten start as they won against Nantes 2-1, with Nicolas Pallois’ own goal securing the three points at the Orange Velodrome. The on-loan Arsenal striker Folarin Balogun gave Reims their first point for the new season at Strasbourg, scoring his third goal in three games since joining French side. Montpellier received four red cards as Auxerre claimed their first Ligue 1 win since 2012.