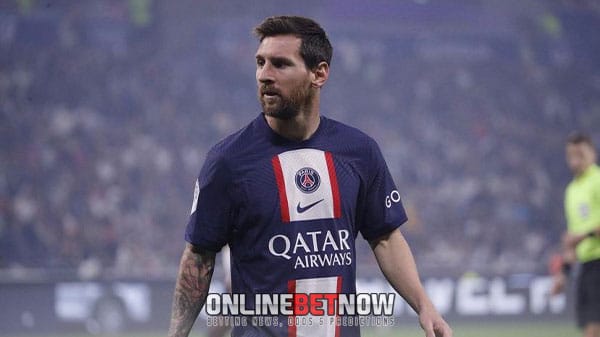 In the last match week of European football before the international break, record-breaking goals and historic starts were scripted. Relive the games and catch the highlights of the most recent soccer action in Europe’s top five leagues. European football action will resume after two weeks. Don’t miss our sure bet prediction to help you win your first bet with us!

The English Premier League returns following last week’s postponement due to the Queen’s passing. After scoring Manchester City’s winner in the Champions League, the unstoppable Erling Haaland scored a brace to beat Wolves 0-3. Meanwhile, 15-year-old Ethan Nwaneri has become the Premier League’s youngest-ever player, making history when he came on as a substitute in Arsenal’s 3-0 win at Brentford.

Elsewhere, Tottenham’s star forward Son Heung-min, who was also the joint-top scorer in the league last season, ended his goal drought with a hat-trick to guide Tottenham Hotspur to a comfortable victory over Leicester City. Son’s stunning hat-trick made him the first player from Spurs to score a hat-trick as a substitute in the English top flight. Leicester remain winless in the league.

Athletic Bilbao occupied the fourth spot after beating Rayo Vallecano 3-2, with Brothers Iñaki and Nico Williams each scored to help their side equal their best start to a season since 1993. Real Betis were also in good form, joining Real Madrid and Barcelona as the only teams with five league wins after winning against Girona 2-1. Sevilla, on the other hand, settled for another draw 1-1 against Villarreal.

Napoli moved to the top after handing AC Milan their first defeat, with a first half goal from Matteo Politano and a smooth finish by Giovanni Simeone to seal the 2-1 victory. Inter also suffered defeat against Udinese 3-1, who recorded their fifth successive league victory. Roma coach José Mourinho will miss the match against his former club Inter after being sent off in his side’s defeat at Atalanta.

Atalanta level with Napoli on top of the league table. Promoted Monza registered their first win in a shocking victory against ten-men Juventus 1-0 under new coach. Lazio won 4-0 at Cremonese, thanks to a Ciro Immobile double, while Fiorentina beat Hellas Verona 2-0, with Jonathan Ikoné scoring in the 13th minute and Nicholás González adding a second goal with ten minutes remaining.

Bayern Munich failed to score in Bundesliga for first time in 87 games as Augsburg handed them their first defeat of the season, extending their winless run to four consecutive league matches. Union Berlin is quite the opposite as they maintain their historic hold at the top spot and their unbeaten run to 14 straight games. Bochum registered their first point, with Linton Maina scores to earn a 1-1 draw at Koln.

In the Ruhr valley derby, teenage substitute Youssoufa Moukoko scored a powerful header to give Borussia Dortmund a 1-0 victory over Schalke. It was a bittersweet end for Dortmund as their victory cost a serious ankle injury to captain Marco Reus. New RB Leipzig manager Marco Rose lost 3-0 in his return to former club Borussia Mönchengladbach.

Lionel Messi scored the winner in PSG’s 1–0 win over Lyon, keeping them undefeated and moving two points clear of second place. An unwanted record was scripted in Nice’s 1-0 defeat by Angers, with Jean-Clair Todibo sent off after just nine seconds, the fastest ever recorded in the history of the French top division. Troyes won 3-1 at Clermont to move up to 10th after two defeats in a row.

Reims defender Bradley Locko was also sent off after 22 minutes for leaving his boot in on Breel Embolo as Monaco won 3-0. Newcomer Ajaccio earned their first victory of the season by beating Brest 1-0 in a match where two players were stretchered off. In a very rare and odd game, Marseille remained unbeaten but settled for 1-1 draw with Rennes where Matteo Guendouzi scored at both ends.