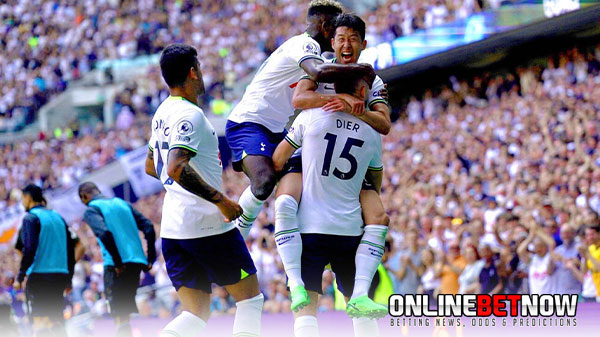 The English Premier League action has started over the weekend with some underwhelming results and impressive goals. Tottenham Hotspur tops the opening league table with a big win against West Ham United, while Manchester United and Liverpool started slow. Here are some of the highlights and talking points from the Premier League opening. Follow us for more FA Cup fixtures and EPL table updates!

Antonio Conte’s Tottenham Hotspur came from behind to beat Southampton in a 4-1 victory at home, the club’s biggest-ever opening day win in the Premier League. James Ward-Prowse’s volley in the 12th minute opened the scoring for the visitors before Ryan Sessegnon, Eric Dier and Dejan Kulusevski all scored for the win. All four goals were assisted by both Harry Kane and Heung-min Son.

The dynamic duo’s training seemed to work with the impressive display during the opening. They also made several chances throughout the game. Conte also fielded new signings Ivan Perisic and Yves Bissouma to make their debuts as substitutes in the second half. This impressive opener gives Conte’s side a clear direction this season as they aim to finish on top of the league table, or at least second.

New Manchester United coach Erik ten Hag kicked off his Premier League debut with a defeat at home against Brighton 1-2. This is not a good sign for the new boss despite winning his first three pre-season games with the Red Devils. He is also plagued by player exodus, with Cristiano Ronaldo reiterated his intention to leave the club and Harry Maguire rumored to make an exit early in the season too.

Ten Hag has made three key signings so far — midfielder Christian Eriksen and defenders Tyrell Malacia from Feyenoord and Ajax’s Lisandro Martinez. None of them delivered in the most recent match. United is reportedly close to signing Dutch midfielder Frenkie de Jong from Barcelona. But, it seems like the club still needs more reinforcements to lift the team and avoid further humiliation.

Runners-up of last season, Liverpool shared spoils with newcomer Fulham 2-2 as they struggle to convert chances. The Reds came from behind to avoid their first loss of the new season. The in-form Aleksandar Mitrovic, who scored  43 goals in 44 to help Fulham won promotion from the second-tier Championship last season, netted a brace to give his give his side a point in the opener.

Jurgen Klopp’s new signing Darwin Nunez responded to Mitrovic’s opening goal and inspired the team in the second half. Nunez has now scored in both of his first two games for Liverpool since moving from Benfica this summer. Meanwhile, Mohamed Salah rescued the team in the 80th minute after Mitrovic netted his second in the 72nd minute.

Manchester City striker Erling-Braut Haaland needed only 36 minutes to score on his Premier League debut. He followed it up with another one thirty-minutes later to help City win their title defense opener against West Ham United 2-0. The 22-year-old bounced back from his poor performance during the Community Shield match where City lost to Liverpool.