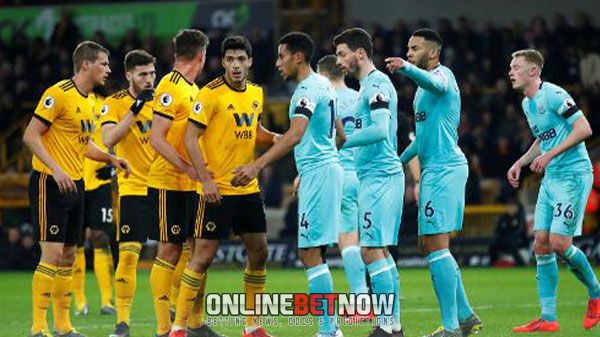 Newcastle United will face the host Wolverhampton Wanderers in the Premier League on Sunday at Molineux Stadium.

Heading into this matchup on Sunday, Wolves and Newcastle have drawn their five of last seven Premier League matches with all score lines of 1-1.

Both teams had started their EFL Cup kickoff with a victory posture. The Wolves sealed the first EFL Cup win against Preston led by Raul Jimenez scored in just 8 minutes of the game followed by Adama Traore scoring the winning goal during the 29th minute mark. Preston scored a lone goal during the 48th minute by Ben Woodburn but was not enough to turn the favor on Preston’s side. The Wolves clinched their first ever victory in this football season. If you want to watch more live football matches, you can follow us here!

Yesterday in the EFL Cup, Newcastle faced a very intense match against Tranmere. Magpies had a slow start with all attempts and attacks not kicking off and had lousy defense that led to an early shock attack for Tranmere’s Elliott Nevitt at the 21st minute. Jamaal Lascelles boosts the energy and hope for Newcastle as he tallies a goal during the 40th minute. Then on the 45+4’ mark, Tranmere’s Hemmings received a yellow card – transferring the energy to Newcastle. Chris Wood scored the winning goal on the 52’ with the assist from Trippier to seal the deal for Newcastle, registering their win in the EFL.

Despite of the huge gap on the EPL table, with Newcastle sitting at the sixth spot 1W-2D and Wolves at the 18th, under relegation with 1D-2L, the game will still be an exciting matchup as both aiming to get a much needed win to boost team standing, team’s morale, and to improve their last season performance. For EPL fixtures you can check it here!

Leeds in pursuit of Hwang, as the Wolves striker’s price tag emerges

If the deal is inked, Wolves would gain a sizable profit of £10m from the original £15m that the club spent on Hwang last summer.

With Marsh connections that greatly contributed for Leeds to be the frontrunner in landing the service Hwang, as other teams emerged to seek the service of the said player, with Roma also reaching Hwang’s camp to negotiate a potential deal.

The Wolves striker hasn’t had good stats since moving to the Premier League – he recorded just five total goals in 35 appearances for the Wolves. Despite that record, he is still a good player as his former teammate Erling Haaland praised him: “He’s exceptional, has a brutal dynamism. I’ve rarely seen anything like it.”