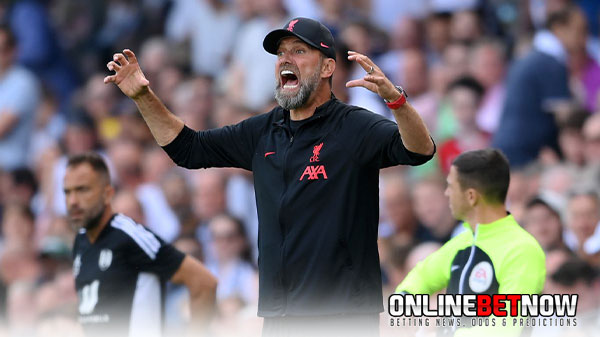 The English Premier League 2022-2023 season already kicked-off last Sunday, August 5 with the first match between Crystal Palace and Arsenal. While the newly promoted Fulham almost pulled an upset and held Liverpool to a 2-2 game. For quick EPL results and table updates here!

The Defending Champion Manchester City, which clinched its sixth EPL title since 2012, will still be the team to beat for this season. The star-studded team added another marquee player on their roster during the offseason by signing Erling Haaland. On the other hand, the new face MAN UTD currently mentored by Erik Ten Hag continued their struggle by suffering their first game loss over Brighton 2-1. You can also check our fantasy league updates here!

“There are so many world-class players in this squad, and Pep [Guardiola] is one of the greatest managers of all time, so I believe I am in the right place to fulfill my ambitions,” Haaland said, quoted from Bleacher Report.

Although Manchester is still the favorite team to win, while Tottenham and Arsenal lead the pack with three points each, Liverpool is still visible on the frontrunner of the race by also adding key star player in Darwin Nunez. Liverpool was almost on the verge of getting a quadruple championship after winning the FA and EFL Cup, then settling for second place in the English Premier League and a defeat over Real Madrid in the Champions League Final.

Neck to Neck Battle for Title

There will be a total of 380 matches to be played throughout the season to crown English Premier League Champion. This season is considered the talk of the town, as there will be a lot of surprises waiting to be pulled out either from an average team or to those newly promoted teams like Fulham almost making a historic victory over Liverpool.

The 22/23 season of the English Premier League is considered to be one of the toughest and unpredictable, as there are emerging teams testing their capabilities against powerhouse teams. There are also teams entering a new era like Manchester United under the new coach Erik Ten Hag. If the current leading teams Arsenal and Tottenham are able to sustain their winning streak either one of them will crown as English Premier League Champion replacing Manchester City.

It is too early to make predictions and to build an expectation from emerging teams. But it is good to set specific expectations from powerhouse teams like FA and EFL Champion Liverpool and Defending EPL Champion Manchester City as they were expected to topple this season and to once again have a tight race for glory.

Currently, there are eight teams leading the EPL standings with no loss including: Tottenham Hotspur, Arsenal, Bournemouth, Manchester City, Newcastle United, Brighton, Leeds United and Chelsea. Those mentioned teams all tallied three points and 1 win – 0 loss record. On the other end, Manchester United with 1 win and 1 loss record currently on the 13th place followed by Wolverhampton, Everton, Aston villa, Crystal palace, Nottingham Forest, West Ham United, and Southampton all still had zero points and 1 win – 1 loss record as well and both are on the other side of the coin – having a neck to neck race to avoid relegation.