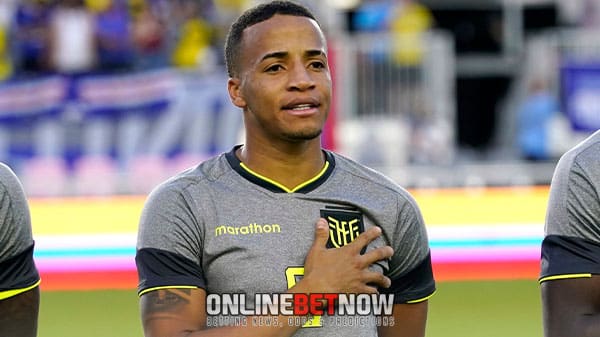 Ecuador will retain their spot at the World Cup 2022 in Qatar following FIFA’s decision to dismiss Chile’s appeal to disqualify them over “potential ineligibility” of Ecuadorian player Byron Castillo, who allegedly faked his citizenship to play for Ecuador. Ecuador finished fourth in South America’s qualifying competition and set to face the hosts in the opening game of the tournament later this year.

“Amongst other considerations, it deemed that on the basis of the documents presented, the player was to be considered as holding permanent Ecuadorean nationality,” FIFA said in a statement. “The findings of the decision passed by the Appeal Committee were notified to the parties concerned today. The present decision remains subject to an appeal before the Court of Arbitration for Sport.”

Football Federation of Chile (FFC) General Secretary Jorge Yunge condemns the decision. “This is a dark day for football and for the credibility of the system,” said Yunge. “The footballing world heard a player who helped Ecuador qualify for the FIFA World Cup admit he was born in Colombia and that he gained an Ecuadorian passport using false information.” Don’t miss football prediction for tomorrow in this page.

The Ecuador national team faced a possible expulsion in the World Cup as evidence showed that they fielded a non-Ecuadorian player in the qualification rounds. The 23-year-old defender and midfielder Byron Castillo is under fire after the circulating birth certificate shows his Colombian origin. In September 2021, the Paraguayan Football Association casted this suspicion on Castillo.

Earlier this week, the controversy resurfaced with an old audio recording of an interview where Castillo admitted that he was born in Colombia. In an interview conducted by the FEF’s Investigative Commission, four years ago, Castillo identified himself as “Bayron Javier Castillo Segura ”, which opposed the “Byron David Castillo Segura ” written on his Ecuadorian document.

He also mentioned that he was born in 1995, contrary to his Ecuadorian birth certificate that claims he was born in 1998. He then detailed how he left Colombia to pursue his professional soccer career. The midfielder was lined up by the coach Gustavo Alfaro in eight games for the qualifiers and has played against Paraguay, Venezuela, Chile, Uruguay and Bolivia.

Ecuador have qualified alongside powerhouses Brazil, Argentina and Uruguay despite losing to Paraguay 3-1 and being winless in four of their last 5 group games. They were absent from the World Cup 2018 finals in Russia and have never gone past the last 16 at previous two World Cups where they were qualified. They were drawn alongside host Qatar, Senegal and the Netherlands in Group A.