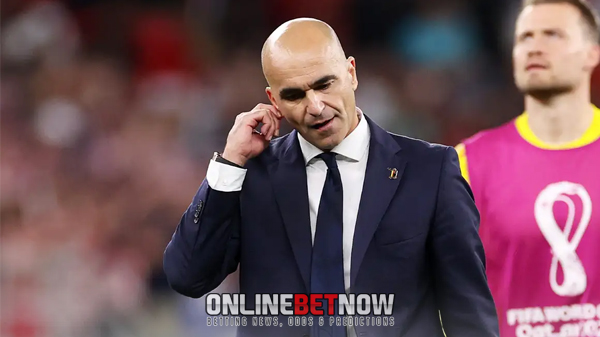 Roberto Martinez leaves his post as Belgium coach following the goalless draw with Croatia that knocked them out of the 2022 World Cup, Royal Belgian FA (RBFA) announced. FIFA’s second-ranked side finished third in the tournament after their underwhelming campaign, scoring only one goal and falling behind Morocco and Croatia in the Group F standings. Continue reading to get free livescores and more!

“We are extremely disappointed after the early exit of our national team at the 2022 FIFA World Cup in Qatar because we have failed and thereby let down the people of Belgium who supported our team all the way through,” the RBFA said in a statement. “We thank Roberto Martínez for everything he achieved with this Golden Generation, as a coach as well as a technical director.”

The 49-year-old Martinez was appointed in 2016, succeeding Marc Wilmots, who led Belgium to the top of the world rankings for the first time from November 2015 to April 2016. Martinez guided Belgium’s “Golden Generation” to their best World Cup place, finishing third four years ago. They also topped the world rankings from September 2018 to March 2022 under Martinez. Get football matches today results and updates here!

“That was my last game. It was emotional as you can imagine,” Martinez said. “The decision was taken just before the World Cup. I always work towards the long-term projects and they need to be set in advance. Since 2018 I had many opportunities to leave to take jobs at club level. I always wanted to be loyal and finish the job. I don’t resign – it is the end of my contract. That was always the plan.” Martinez leaves the team without a trophy despite a good form at the helm.

The Red Devils opened their World Cup berth with a hard-fought win against Canada 1-0 before a shock defeat to Morocco 0-2 and a goalless stalemate against Croatia. In the crucial final matchup, Martinez’ side made a lot of possessions early in the game. Croatia’s Luka Modrić netted a goal early in the game only for VAR to rule it out for offside. Belgium talisman Romelu Lukaku also made a lot of chances on the hour mark and in the added time, but all chances were not converted.

Both sides settled for a goalless draw, with Croatia ensuring a place in the knockouts as they needed only a goal to propel, while Morocco won against Canada 1-2 to finish as group winners. This will be the first time that Belgium were eliminated in the group stage since 1998. “It has given us incredible joy. It is the time for me to accept that this is the last game,” Martinez added.