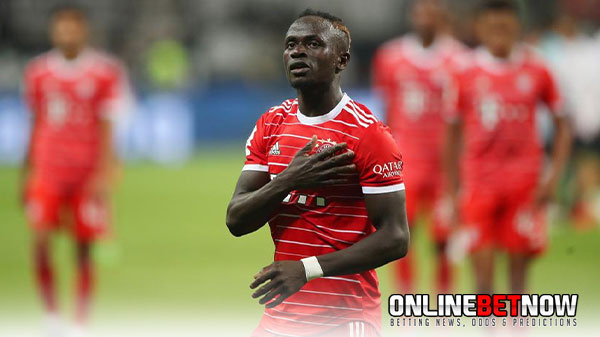 The Defending Bundesliga Champion, Bayern Munich, start their 2022-23 season with a convincing win over Eintracht Frankfurt 6-1 away at Deutsche Bank Park. This season is the start of Bayern Munich’s quest for 11th consecutive title under the guidance of the youngest football coach Julian Nagelsmann.  The season opening victory of Bayern Munich vs Frankfurt is led by Jamal Musiala with two goals netted at the 35th minute and 83rd minutes of the match while Sadio Mane tallied his first Bundesliga goal during the 5th minutes mark of the match.

“We wanted to play with the same energy,” Musiala said. “We wanted to perform like we did against Leipzig, in general we performed very well and played well.” Musiala last played for Chelsea at the age of 16 before joining Bayern Munich last July 2019, aged 16. Follow us for more live football match news and updates here!

Frankfurt won its lone European title by clinching the UEFA Cup in 1980 and won the Bundesliga 1997 – 1998 title and the DFL=Super cup runners-up last 2018, making the team a formidable match for the annual Bundesliga champion Bayern Munich. The lone scorer for Frankfurt in the season opening match over the powerhouse Bayern Munich was Randal Kolo Muani during the 64th minute of the match.

You may check our Bet Online Now website here!

This outstanding victory of Bayern Munich over Eintracht Frankfurt was a follow-up victory over RB Leipzig 5-3 in the DFL-Supercup last week. Bayern had full control of the match over Frankfurt despite committing an early sloppy mistake by Manuel Neuer, the rest of the match was still held by Bayern Munich scoring the five straight goals, denying any possible chances for Frankfurt.

Bayern Munich Head Coach Julian Nagelsmann praised Sadio Mane’s excellent effort and energy that boosts the team to end the season opener with a very decisive result. ‘We need Sadio Mane’s Energy,” Nagelsmann said. With this victory of Bayern Munich, it is very difficult to see on what team will match the level of confidence and energy that Bayern showcased at the very start of Bundesliga’s 2022– 2023 season.

Despite losing Robert Lewandowski last season who left for Barcelona, the competitive two consecutive matches shows that Bayern Munich had not seen any major problems or issues in finding goals. In the game over Frankfurt, there were five different scorers (Kimmich, Pavard, Mane, Musiala, and Gnabry), committed the same case against Leipzig.

This new face Bayern Munich showcased a collective effort that translated to victories, Musiala  said that the frequency and creating chances of finding goals remains the same despite the absence of the main scorer Lewandowski. “We always try to create a lot of chances, even with Lewandowski. We’re technically strong, but now we have to find other ways to score goals,” Musiala said.