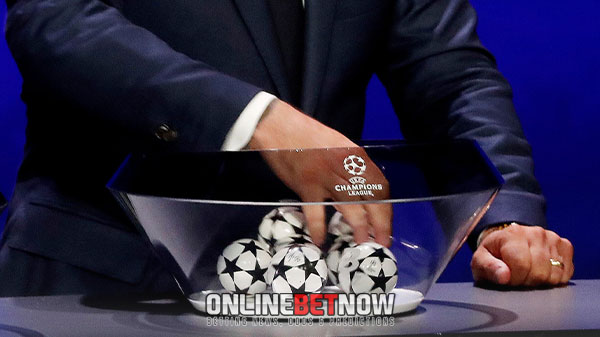 The 2022-23 Champions League groups have been revealed following the group stage draw in Istanbul, Turkey. It’s going to be an exciting edition of Europe’s biggest club competition, as European sides battle for champions’ glory. All eyes are on Group C as it features a formidable Group of Death, with Barcelona, Bayern Munich and Inter Milan all in one group. More updates on FA Cup fixtures and La Liga table here!

The teams were into four pots based on their UEFA club ranking, with Pot 1 containing the reigning UCL champions, Real Madrid; the Europa League champions from last season, Eintracht Frankfurt; and six of Europe’s highest-ranked nations that did not qualify for one of those two titles last season. The rest of the pots were determined by club coefficient rankings.

For a second consecutive edition, Barcelona and Bayern Munich were drawn in the same group. Last season, Bayern handed Barca a pair of 3-0 defeats that dropped them third in the group and were later sent to the Europa League. Bayern’s ex-talisman Robert Lewandowski is now with Barcelona, and is set to make a return this time against his former side.

Lewandowki’s reunion with Bayern is something to look forward to. Serie A giants Inter Milan were also drawn in the group, along with Czech champion Viktoria Plzeň. Bayern seemed to be the favorite to top this group, but Barcelona will surely contest and avenge their humiliating last season, especially with the arrival of Lewandowski. Inter is looking good as well following the return of Romelu Lukaku.

Newcomers to watch out

Tottenham returned to the Champions League for the first time since 2019-20 and were drawn alongside Europa League winners Eintracht Frankfurt and domestic league runners-up Sporting Lisbon and Marseille. In his first full season as Spurs coach, Antonio Conte will try to make an impact in the competition and help the team reach heights both in the Premier League and this competition.

Scottish outfits Celtic and Rangers were also in the competition for the first time since 2007/8 edition. Celtic, who won the Scottish Premiership title, were drawn in Group F against holders Real Madrid, RB Leipzig and Shakhtar Donetsk, while Rangers is set to face Ajax, Liverpool and Napoli in Group A. It’s going to be interesting to see how these Scottish sides will perform in the competition.

Aside from Bayern Munich, Real Madrid are also the early favorites. Real have won the competition for the record-extending 14th time – their eighth in the Champions League era – and five times in the past nine years. They were drawn alongside RB Leipzig, who is yet to win a game in the league; war-torn Ukrainian side Shakhtar Donetsk, and newcomer Celtic.

Manchester City, who reached the semifinals and the final in the past two seasons, also looks good with the arrival of Erling Haaland. It is going to be exciting to see Haaland’s reunion with former side Dortmund as they were drawn with City and alongside Sevilla and Copenhagen. PSG also aim to claim their first Champions League title with a new coach and the Messi, Mbappe and Neymar trio.