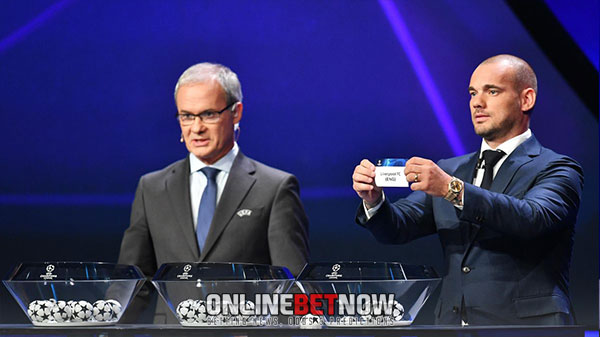 The final and official 32 teams qualified for the 2022/23 UEFA Champions League had witnessed their destiny unfold at Istanbul after a very outstanding ceremony happened, each qualified team’s name was pulled out of the pot as they were all lined up to their respective groups. The group C –a considered group of death is composed of Bayern Munich, FC Barcelona, Inter Milan, and the Czech Champion Viktoria PIzen.

With the group stage matches right around the corner, Sept 6 will be the beginning of the kick off, you can check out our upcoming Champions League fixtures contents.

There will be a lot of exciting games during the group stage. Some will watch Robert Lewandowski facing his former team Bayern Munich and will try to exact his revenge together with his new team, Barcelona proving that he made the right decision in joining Barca.

Group G will also deliver an exciting group stage matchups as Manchester City and Erling Haaland are set to face Borussia Dortmund, Erling’s former team, where he began to rise in popularity.  You can check other OBN Football updates here!

The clash of Bayern Munich and Barcelona will be a one-of-a-heck match in Group C – probably in the Champions League group stage as Robert Lewandowsky will be having a reunion date with his former team Bayern Munich after his controversial exit and joining the stacked Barcelona. The history between these two teams are very impressive as they put on some epic and embarrassing games for years. Though the Spanish club has always been on the winning side, humbling Bayern. But now, Bayern has more upper hands and is consistent in exacting their revenge over the Spanish side, specially the 8-2 beatdown Bayern Munich against Barcelon last Aug 2020 – the embarrassing result of that game is concrete evidence that Bayern Munich will once again edge FC Barcelona – now with Sadio Mane and Jamal Musiala at the front of the team in this upcoming Champions League group stage. But, Barcelona is known for being tenacious and being a consistent contender and will not give up anything easily and make their Champions League comeback a sentimental and memorable one.

The road to UEFA Champions League for Benfica is tough compared to Mbappe & Messi-led PSG. Benfica had to enter into the qualifying round facing Midtjylland and Dynamo Kyiv with a combined 12 goals in those 4 qualifying games. While Paris Saint-Germain’s (PSG) had a solid start in the Ligue1 scoring 17 in their first three games. Lionel Messi and the New King of the town Kylian Mbappe are expected to lead PSG to advance on the Last 16 and possibly will be the one to lift the trophy in Istanbul. The test will be against the tenacious and confident team in Benfica.

During the last UEFA CHampions League Quarterfinal, Manchester City gave no chances to Dortmund in both Leg 1 and Leg2 with the same scoreline of 2-1. Despite having Erling Haaland last year, Borussia didn’t find any shots to score against the mighty Manchester City. Now that Manchester City has the service of Erling Haaland, the odds of winning the matchup for the side of Manchester City has increased. Currently, Borussia Dortmund are having a rough season in Bundesliga and are sitting at 7th spot with 2 wins and 1 loss record. On the other side, Manchester City is right at the Top 2 of EPL Table with a record of 2 wins and 1 draw. So, from that current record of each team, it is very obvious that Manchester City has the upper hand and will possibly rout the German club when they meet at the Champions League group stage – though Borussia has the chip on their shoulder and willingly to get the sentimental victory against the top-tier and favorite team with their former superstar on the opponent’s side.